PRESENTED BY MELBOURNE FESTIVAL IN ASSOCIATION WITH THE DANCING ARCHITECTS 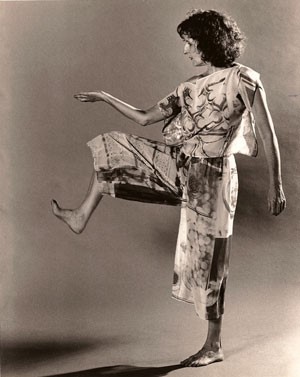 Since the experimental ferment of her time with the legendary Judson Dance Theater in the early 60s, Trisha Brown has been choreographing in ways that have changed the terms of contemporary dance.

Along with Merce Cunningham, with whom she led the way in pure dance movement, Trisha Brown is cited as an influence by many of today’s best known choreographers. She has collaborated with some of the most important artists, composers and designers over the past 50 years, including Robert Rauschenberg, John Cage, Donald Judd, Mikhail Baryshnikov and Laurie Anderson.

“Has a goodbye ever filled one with such a feeling of joy? Has it ever been confirmed so palpably that the body alone can produce manifold beauties?”

In 2012, Trisha Brown announced her retirement from the dance company she founded in 1970. Her company paid tribute by embarking on a mammoth international Proscenium Works Tour, 1979 - 2011, presenting her early works, her traditional stage works and some of the site-specific works that had helped define her reputation.

Melbourne Festival is proud to present the Australian leg of this tour, in which the Trisha Brown Dance Company perform no fewer than 17 of her brilliant, revolutionary, post-modernist dances. This wide-ranging program is rounded out with a program of films and talks, as well as a workshop of Brown’s Early Works with students of the Victorian College of the Arts, making for a sweeping survey of one of the most significant artists of the 20th century.

EVENTS IN THIS SERIES